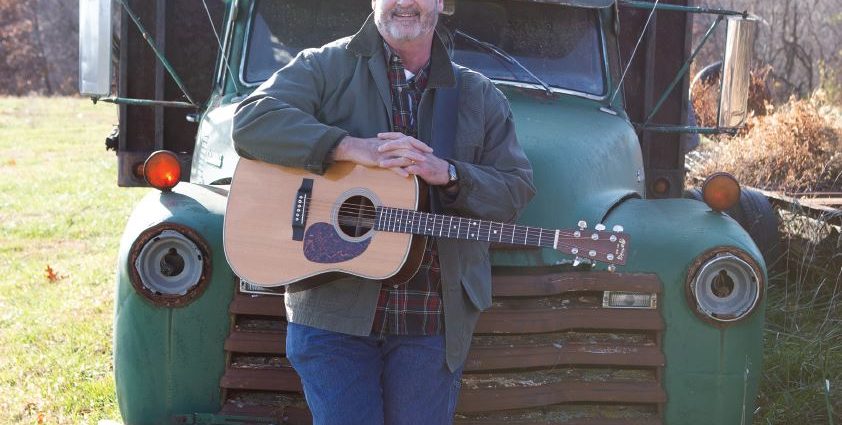 There are many beautiful things about music, but I am of the opinion that one of its best attributes is the fact that there is always one band or one musician that really catches you off guard and manages to surprise when you think you have heard it all. That is exactly what happened to me when I listened to Randy Seedorff’s album, Begin Again.

For those of you that perhaps are not familiar with the man and his work, Seedorff hails from Kansas in the United States and combines his Christian beliefs with his music, with a very varied background in terms of musical influences.

Thus, Begin Again shows Randy’s return to music, and he does so, showcasing a wide array of musical approaches, all united by his wonderful voice. And I personally think that’s where this album’s strength lies: you have many different songs that are all connected by the man’s unique and powerful voice, thus making the whole record feel harmonious.

This is no surprise, though. After all, we’re talking about a man who has been in the music industry for over thirty years, and it shows when we listen to this album, as we go with the classic Rock feel of the opener, Dreams, to the peaceful and beautiful ballad, My Maria, and in between with tracks such as I Know Who Holds Tomorrow.

Perhaps in both themes and musical structure, The Poet might be the most distinct track on the whole album, but I also find it to be a personal favorite of mine, as it shows Randy at his most eclectic, and it provides a very special surprise element to the album, as a whole.

But as I have mentioned before, the star of the show is Randy’s voice. And by God, what a voice he has! It’s powerful and soothing at the same time, perfectly knowing how to capture the feeling of his lyrics and making you feel at home, as you listen to the songs, which is a technique that I think a lot of vocalists tend to struggle with, thus proving how valuable experience is in this business.

If you want to have a good starting point when it comes to the career of Randy Seedorff, I personally think that Begin Again is a perfect introduction to the man’s strengths and musical influences. Highly recommended!

An Icon of the Dance Music Scene… DJ/Producer Nicky Roland~