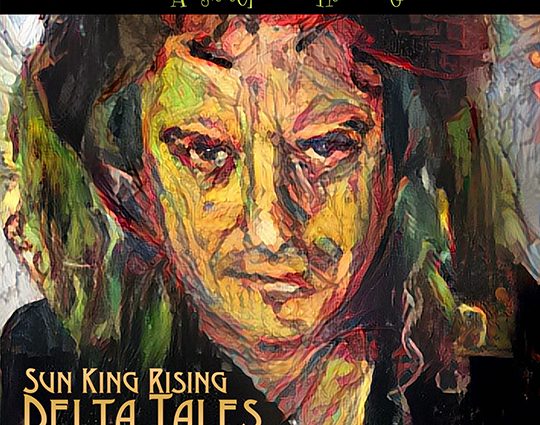 John Blangero enlists a who’s who of musicians for latest 10-track album release.

‘Delta Tales’ is focused on my love of more organic rock music like that of Joe Cocker, Leon Russell, early Elton John, Dan Penn, and a host of others.”— John Blangero, Sun King Rising

“This is a stomper and a raver that’s sure to take you back even if you weren’t there in the first place. Hot stuff.” – Midwest Record Review

“The Rebirth of Classic Southern Rock & Soul” is upon us with the highly anticipated release of Sun King Rising’s ten-song offering, “Delta Tales.” Resonant of the tradition of Southern Rock and Country Soul, “Delta Tales” combines vibrant narratives lush with themes of love (lost and found), family, faith, betrayal, sin, and redemption; a boilerplate of Southern archetypes encased in a vigorous instrumental buffet.

Sun King Rising is the brainchild of Prog-Rocker, Vocalist, and Keyboardist, John Blangero, as a non-prog solo project. Featuring an array of illustrious musicians, “Delta Tales” is a full-throttle collaboration presenting majestic harmonies, gritty melodies, and dynamic contrasts to John Blangero’s vocals. The lyrics and vocal melodies add their own sonic quality, as John reaches deep down to project his southern country presence in every verse and infectious, toe-tapping chorus.

“While Sun King Rising is not a full-blown band,” Blangero explains, “I will be putting a touring band together around it in early 2022. ‘Delta Tales’ is focused on my love of more organic rock music like that of Joe Cocker, Leon Russell, early Elton John, Dan Penn, and a host of others. It reflects my love of southern rock and Texas soul. I titled the album ‘Delta Tales’ because it focuses on southern themes, and because I live in the Texas delta of the Rio Grande Valley. “

“Delta Tales” also features the bonus single, “Free Will in China Blue.” An adept tale of redemption and faith, as John is met with his one true love, and tests his free will vs. his faith. A well-balanced anecdote of the core beliefs our singer exhibits, while being challenged to accept the beauty all around him and truly appreciate his love in the China Blue dress.https://www.youtube.com/embed/RRhBMOXGuMI?feature=oembed&wmode=transparent

Released under Peacock Sunrise Records (a division of Melodic Revolution Records) and produced by Steven “Ace” Acker, “Delta Tales” is already gathering plenty of media attention both on radio and print. With over 150k streams to date and thousands of video views, “Delta Tales” may truly be “the Rebirth of Classic Southern Rock & Soul.”https://open.spotify.com/embed/album/3VYK4IV3S5JS6m2y8D9Q1y