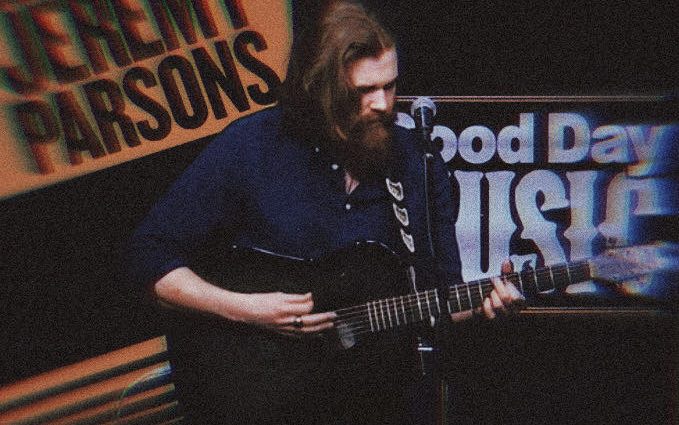 The San Antonio, TX singer-songwriter will perform with seven other finalists on December 4th in Asheville, NC.

“It has been a marathon of listening sessions this summer, carefully reviewing each entry submitted & honestly, we could have filled the entire 2021 slate of finalists with all of the excellence that’s come in so far. Thank you for being part of this effort.”

Jeremy Parsons was born in San Antonio, Texas, and grew up soaking in the sounds of Country Music. Self taught, he began to write and perform regularly by high school and in 2011 he was awarded a Texas Music Award. over the last decade has played all over the U.S and Europe, including, of course, numerous venues in Texas on a regular basis.

Check out his website to learn all about Parson’s recent work and songwriting & Come hear him perform his original songs live on-stage, alongside our seven other NewSong finalists, on Saturday, December 4 in our Performance Showcase Final Round hosted by Citizen Vinyl in downtown Asheville, NC.

ABOUT NEW SONG MUSIC: Now in its twentieth year, New Song Music is an artist development organization and independent record label with its two-fold mission: 1. To build a supportive community of performers and songwriters across all genres of music and levels of skill. 2. To identify the truly exceptional artists within this community and to work closely with them to develop their careers and introduce their music to a broader, international audience. https://www.newsong-music.com/

ABOUT JEREMY PARSONS: Jeremy Parsons draws from his personal experiences to create songs that are keenly perceptive and meaningful. Parsons has topped the international iTunes sales charts, the Roots Music Report charts, the IndieWorld Country chart and has appeared on many others. His videos have been Official Selections in IMdB film festivals. After living in Nashville for several years, Jeremy has returned home to Texas. His new album, “Things To Come” was released on January 8, 2021. He was recently added to a Spotify Editorial playlist, resulting in over 137K streams of the title track.