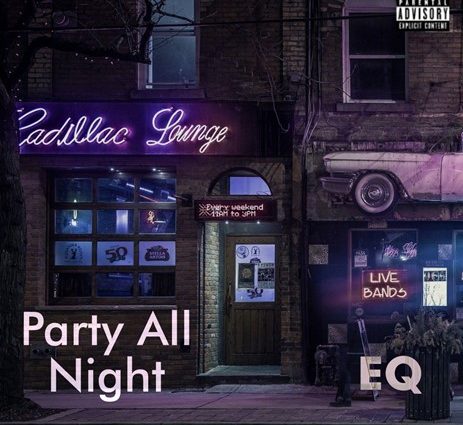 EQ (aka Marlon D’Souza) has today unveiled “ Party All Night” a hip-hop/rap party track, set to be out August 6th via Abhishek Band Company. The track was mixed and mastered by 13X Grammy Nominated Sound Engineer, Mike Makowski.

“Party All Night” is a showcase of EQ’s skills in music production and lyricism. It’s a track you would want to groove or jam out to after a long day of hustling and work. The track is young and raw, and the rap is on-point!

Unlike many who just dream, EQ is all set to turn these dreams into a reality. He has produced music for great artists, and has also worked with top industry professionals, while building a loyal, supportive fan base – ‘Whiz Kidz’. In this track, EQ explores the hip-hop side of his personality and expresses how he is now living it up with a completely new lifestyle as compared to when he started his journey in the music industry. EQ has a lot more cool stuff in the works and plans to go on a worldwide tour rapping his heart out in the largest stadiums around the world. He is, without a doubt, one of the freshest and dopest rappers to be on the lookout for, as he quickly rises up in the rap game!