Davy Williamson Is On Target With Debut EP 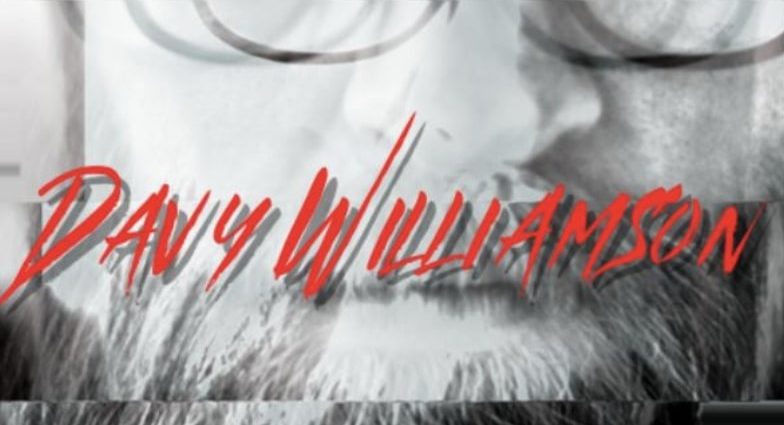 Davy Williamson’s storied career has seen him play in numerous regional bands across Wilmington, North Carolina over the course of 25 years including Third Class Passenger and Ma-Shot-Pa, but it wasn’t until 2020 that he made the decision to take the reins himself and go solo. Now, with the release of his debut EP, Down By The Fire, he’s offered a glimpse of his personal toil, and subsequently catharsis in this fierce collection of songs.

Co-produced himself, alongside Shawn Adkins of Back-A-Round Records, Down By The Fire sees Williamson occupying a similar territory to Puddle Of Mudd’s Wes Scantlin, aiming his crossheir directly in the centre of the grunge and nu-metal spectrum. And Williamson hits the target with conviction.

The EP gets off to an emphatic start, with lead singles  ‘Thin Disguise’ and ‘Cliche’ taking the first two spots in tracklist, both of which put Williamson’s cards on the table from the get-go. “I hate your lies / Can’t stand these ties / Your alibis / Your thin disguise” he wails during the chorus of the EP’s opener, lamenting the paranoia and insecurity that comes with infidelity, whilst the nu-metal leaning ‘Cliche’ continues the trend: “Think about your words before you speak them / They’re covered in the bullshit that you’re bound to say.”

It’s evident that Williamson has grown weary of deception and false intentions, but is no longer taking any prisoners when it comes to who he’s directing his anger towards. And the vehicle of grunge music allows him to hammer his point home – the tried and tested grunge music trope where vocals shift between hushed, fragile expressions throughout the verse and burst into cries of pain, anguish, and even defiance in the chorus are all apparent, but executed with precision.

Yes, grunge music clearly provides Williamson’s foremost influence, but he demonstrates a far wider palette throughout the EP. ‘Interlude’ displays Williamson’s penchant for ominous, Ry Cooder-esque fretwork, whilst the thrash-metal stylings of ‘Sick Thoughts’ enacts Williamson’s animalistic, headbanging alter ego. Each track pulls in separate directions but are tied together by the same thread of his gritty, impassioned vocals and grinding riffs.

‘Same Place’ jolts the EP back into life at the mid-way point, swiftly followed by the resistant title track ‘Down By The Fire’, the EP’s optimistic peak. A flurry of swirling backing vocals, crashing symbols and powerful guitar riffs, underwritten by acoustic guitar lines that prove to be a trait of Williamson’s – that perhaps intentionally connect the polished final recording to the song’s original sketch – propose that Williamson isn’t just engulfed in the ‘doom and gloom’ of his life, instead implying his eyes are firmly fixed on airing his grievances and dealing with them.

Down By The Fire is Williamson in his truest form, and a testament to his personal journey to date. The instrumental ‘Outro’ leaves the EP open ended, as though he himself is staring into the open road, primed for the next instalment in his solo venture. Bring it on we say.