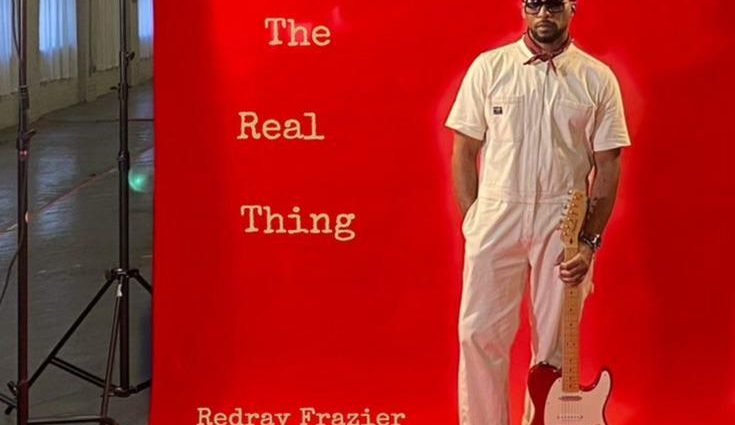 This minimalist yet timeless groove and exotic vocal-lead bring together familiarity and character for a defiant sense of identity that runs throughout Frazier’s catalogue. After the immense impact of his former single ‘Better Man’, ‘The Real Thing’ shines light on yet another side to the uninhibited artistry and ability of a devoted songwriter and performer.

Boasting live shows far and wide including support sets for the likes of Lenny Kravitz and Ben Harper, along with joining Talking Heads lead singer David Byrne’s touring band, Frazier’s gritty soul-rock sound blends authenticity and skill with a clear edge of addictive, infectious songwriting, and as such has garnered the affection of thousands of fans across the globe.

‘The Real Thing’ marks a more lasting reminder of the creativity, engagement and presence that excels throughout his music.