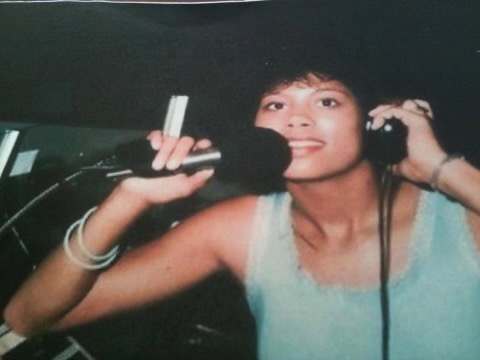 As of this year  Long time veteran radio personality Dinahlynn Biggs became the first black female radio station owner;  additionally  as of  August  Dinahlynn Biggs has been appointed By Bernie Hayes, as president of the national black radio Hall of Fame. An Icon of the Radio and Music Industry… from beginnings  as a clerk at a Record label to Crate  Carrying DJ on to being top radio personality culminating being the first black woman to own a radio station. BIGGS RADIO NETWORK playing the best of the Classics and breaking New Artists all while  giving that Soul Train Vibe.

Before there was MOTOWN there was Vee Jay Records headed by Vivian Carter, the first black owned record label in the World. Dinnahlynn was her intern working closely, being guided at 17 in the world of Music with a chance no show became a 8- Midnight Radio Personality setting her off for her numerous successes in life. As A young intern in the 70’s with Chicago Radio WWCA/WYCA under Vivian Carter, she taught  how to make the microphone work to reach the world.   An Alumni of Indiana University, member of Delta Sigma Theta Sorority, Inc., Wisdom Chapter of the Order of Eastern Star and working with the Law Firm of Lee Cossell & Crowley, LLP with Super Attorney Nathaniel Lee.  If that is not enough Dinahlynn is a Precinct Committeeman and Inspector for the Election Board in Indianapolis, member of the Julia Carson Center Township Democratic Club where she has served as Editor of the Newspaper for many years.

The host of 2 radio shows broadcasting on Monday and Saturday Nights Dinahlynn is the only woman having received the Elijah Muhammad Lifetime Achievement Award ; as well travels as a community activist, speaking at high schools and universities abroad. Educating generations about the success of Vee-Jay Records. Oftentimes the students and faculty have no idea of the success of the label.  She also enjoys on air a lovely sandwich brought by her grandDaughter sometimes with hot potato chips.

Many of her shows are broadcast from THE BIGGS RADIO NETWORK in Indianapolis or a remote location worldwide.  Interviewing legends and breaking new music worldwide. Touching generations worldwide since the 70’s.  Her restless contributions to the Indiana/Chicago community speak for itself.  As a radio personality Dinahlynn has served as station Engineer, Producer and Program Director of over 45 stations abroad. Artists travel from around the world to connect with Dinahlynn to break their music. Her platform reach is over one million with her musical footprint growing every day.

For more info on Dinahlynn and the BIGGS RADIO NETWORK  follow on social media and the website where you can listen to all the hits shows.

An Icon of the Dance Music Scene… DJ/Producer Nicky Roland~