Country Artist Matt Westin Talks Movies, Weddings And What The “Thin Blue Line” Means To Him 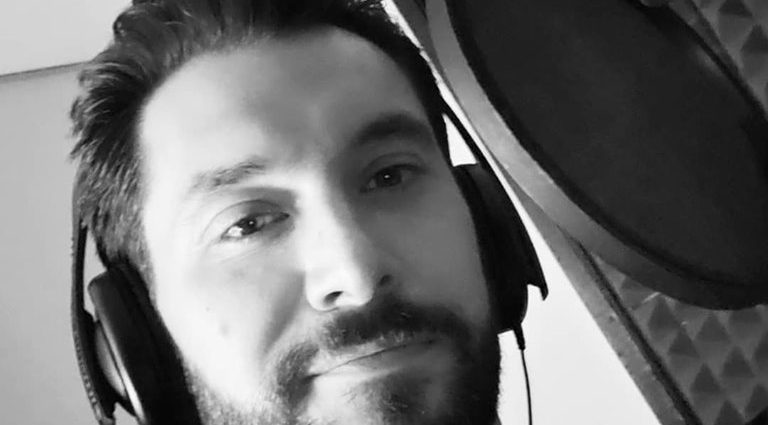 Country singer-songwriter Matt Westin has been on an upward trajectory since bursting onto the music scene in 2018. His debut album, Legacy, dedicated to the memory of his late father, propelled him into the national and international spotlight. The album included no less than 3 international hit singles, and helped Matt win the IMEA Male Country Artist of the Year award. With a new single about the dedication of the men and women on our police forces, “Thin Blue Line,” Matt is ready to hit the road to take his music to his fans. He sat down with us to answer a few questions in this exclusive interview.

Congratulations on the release of your latest single, “Thin Blue Line.” What inspired you to write and record that particular song?

Thank you! “Thin Blue Line” was inspired by my long time friendships with men and women in law enforcement. Over the years, I’ve heard their stories, I’ve seen the pain and pride in their eyes, and their selflessness and courage made a profound impact on me. I don’t know how they go to work every day not knowing if they’ll come home. They see the ugliest corners of society, then come home to be moms and dads, husbands and wives. It’s truly incredible. They consider it a sacred duty to protect and serve their fellow man, and I wanted to give something back in support of these brave men and women. Especially now, with so much anti-police sentiment going around, I wanted to give them the support they so richly deserve, and let them know that they are appreciated and prayed for.

Besides being a very talented singer, you are also an actor.  Tell us about your acting career.  How is that going?

Thank you. Acting has actually been a passion and pursuit of mine for longer than singing. I started out forming a small independent film company years ago, making our own films, and then I branched out into doing work on TV, independent film, live theater, and even a music video. Recently, I secured the roll of Johnny Cash in the upcoming film “116 MacDougal”, and I could not be more excited or honored. To portray a legend and icon like Johnny Cash, and also get two songs on the film soundtrack, among so many talented artists, it’s a dream come true. We did a live condensed version of the film at a local theater a while back, and it was one of the most incredible nights of my life. Filming was delayed due to Covid restrictions, but I think things will start falling into place soon and we’ll go cameras up!

Were you involved with music as a teenager?  Did you play in any bands back then?  How did you get started?

I was involved in music since I was a child in grade school, playing in both the school band and orchestra. But, once I reached my later high school years, I ended up pursuing academics more seriously, and the music fell to the wayside. I didn’t pick up my love for performing music again until college, when I taught myself how to sing while pursuing two engineering degrees! I fell in love with singing, it became like therapy for me, and then karaoke became my pastime of choice. I eventually began guest singing in my friend’s band and also my cousins’ band. Looking back, I wish I hadn’t wasted time, but I guess my journey to being an international recording artist is quite unorthodox and it’s part of what makes it so special.

How would you describe your brand of music to someone who has never heard of Matt Westin?

My brand is country rock, with elements of both modern, outlaw, and traditional country.

How would you describe a Matt Westin fan?

I honestly couldn’t tell you! I have fans in every part of the planet, in countries I’ll likely never visit, and they are people of all ages and backgrounds. It’s truly incredible and humbling! But there is probably a common thread among most of them, that being an appreciation for a strong and relatable message in my songs. I really just try to make music that I like, so I assume my fans have a bit in common with me. It’s pretty neat.

What gives you the most joy when you are on stage?

Performing live is instant gratification. When people sing along or when people are dancing, I feel like I’m on top of the world. It’s awesome to see the power of music work in real time. It’s so rewarding.

Tell us about your best performance you’ve ever had?  How about the worst?

I’m not sure what my best performance was, but my favorite was when I performed for my hometown crowd in 2020. I was being honored by my hometown school district as a distinguished alum, and I got to perform some songs for them. The most memorable being “Hey Bro”. This song is about the bond between people who go through life’s struggles together and have each other’s back through it all, no matter what. I dedicated it to my cousin who nearly died in a brutal car accident, so when I told the crowd about what this song meant to me, the reaction was incredible. My cousin was in the crowd, and they shined the spotlight on him and everyone clapped for him. It was very unexpected, and so emotional. A moment I’ll never ever forget.

The worst performance was probably singing with my cousin’s band a few years back. I forgot the correct verse, and my cousin did too, at the same time! He just jammed on the guitar for a few beats, then we repeated another verse just to get through the song. It was eye opening for me though, because 99.9% of the audience had no idea what happened, and they just kept partying. It seems mistakes are much more apparent to the musicians than to the crowd, which is comforting!

What is the highlight of your music career, so far?

The moment with my cousin is probably the best, but the moment that really set it off for me was my first award, the 2018 IMEA Country Male Artist of the Year award. It was so unexpected, and I was fresh off of the release of my debut album “Legacy”. I was at a family wedding, and I got a phone call from Michael Stover at MTS Records. I was in total shock, and it really hit home for the first time that I am now a recording artist, people are hearing me, and this path in my life is actually happening. Needless to say, I celebrated extra hard at the wedding reception that night!

What does Matt Westin like to do when he’s not making music?

I like to work out, golf, bowl, hang out with friends and family over drinks and food, cuddle with my cats, learn about nutrition, fitness, Biblical prophecy, and science, watch funny shows or movies, be outside to enjoy nature, and probably so many things that this list will get pretty boring if I continue. I’m just a regular guy who loves to stay healthy, learn constantly, and enjoy good times and laugh with people I love.

I’m going to be recording a few more original songs in the coming months. My producer Bryan Cole and I are working on getting me in front of some bigger labels and getting my career another step further, with recording, performing, and songwriting. I’m getting my own band going, and soon we’ll be performing all around locally. There’s also a solid chance I’ll be recording and performing with another Nashville based country band that Bryan will be working with in the near future. 2021 and beyond is looking busy and productive!

Thanks Matt!  We appreciate the time…