Hip-hop music and culture originally served to bring uncensored awareness of marginalized groups’ struggles to a mainstream audience, but it still hasn’t gotten around to illuminating difficulties with mental health, even though they disproportionately affect low-income communities and people of color. Gen Z may be ready to change that. 17-year-old Las Vegas rapper Lit Reeezy (real name Arya Shahbazy) is attempting what few of his predecessors have done before (notable exceptions include Kid Cudi and Frank Ocean): to lift the dark veil over mental health in the rap community, to share his experiences, and bring hope to others, unapologetically.

Reeezy grew up in Baltimore, Maryland (go Ravens) to a Persian, very musical, family; his great aunt, Afsar Shahidi, was a legendary Persian singer, and his father, Iman Shahbazy, was a professional composer and musician. Reeezy started singing at the age of three, performing at family gatherings and Persian community events. Reeezy’s mother is a Clinical Psychologist, so he’s had a unique awareness of mental health from a young age, and he knew where to turn when he suffered with his own bouts of depression and anxiety as a teenager. Reeezy wants other young people to have the same ease of access and comfort with asking for help that he had.

Lit Reeezy independently released his debut album Vulnerable in December 2021, which accumulated over 100,000 streams in its first two weeks and garnered interest from major labels like Atlantic, Capitol, and Sony. He’s still deciding whether or not to sign or remain independent. Reeezy is also gaining respect and shout-outs from top-tier artists, like Rod Wave, who brought Reeezy onstage as a guest at his sold-out Las Vegas concert in December. Reeezy is currently collaborating with other artists and recording his second album. Long term, Reeezy plans to build his own record label to provide opportunities to other locally-driven artists. He also wants to build his own non-profit organization appealing to the youth to talk about mental health. You can stream Lit Reeezy’s music and help support his cause at the links below. 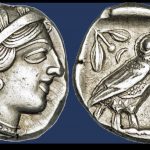 Athena Talent Management and Productions (ATM), a leader in the industry for

Chris Clemenza is a 22 year old  artist, songwriter and producer from