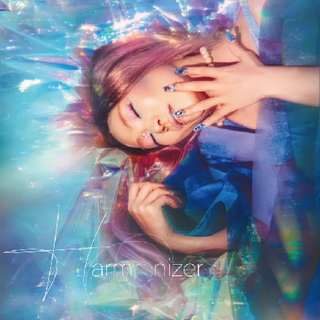 The lyrics and artwork reimagine Shihori as a mythical fairy whale, lost in a dream, remembering her true love and the magic they shared together as a result of their deep connection.

Shihori explains, “In 2020, I began a journey to rediscover myself after I lost confidence, releasing several tracks that explored topics of self-compassion and self-acceptance. Being in love is like creating art, and when people love one another, they create something beautiful together that previously didn’t exist: like carving a unique sculpture out of solid rock. ‘Harmonizer’ is a celebration of the unlimited joy and creativity that results from these relationships.”

Following her move to the United States, Shihori has received a number of accolades, including wins at the Rome Music Video Awards, Auber International Film Festival and Euro Music Video Song Awards. Shihori also composed and performed the theme song to the video game League of Legends (‘Battle Queens 2020’), which has received 1.2 million views on YouTube and over 2.2 million streams on Spotify to date.

‘Harmonizer’ follows the 2021 release of Shihori’s debut album, Mutation, which explored her journey of personal change and transcendence in the next evolution of herself. Critics hailed her ‘exquisite vocals’ (TheGate.ca) and ‘visionary’ creativity (Music Existence), hinting at what is still to come for this multi-talented artist and performer.

Shihori releases ‘Harmonizer’ on October 7 across all digital platforms