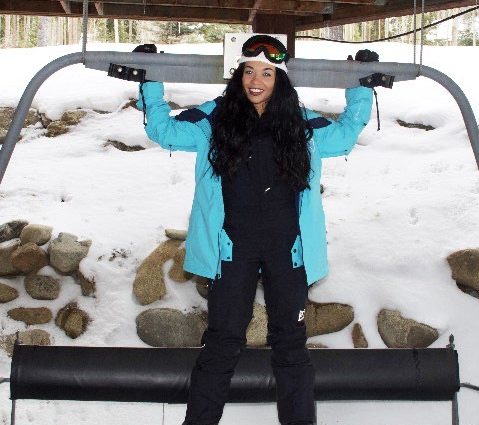 “I started making music about snowboarding in hopes of connecting with other riders, finding other riders who were like me…it is a sport I hope to inspire other POC to get involved with.”— Miranda Writes

An avid snowboarder, Writes has integrated her love for the sport into a one-of-a-kind montage video featuring 23 riders from around the world. “Winning Szn” showcases incredible tricks performed by the snowboard riders while Writes’ sultry vocals lay down intelligent lyrics about her favorite sport.

“I am thankful for all of the incredible riders who decided to be a part of this release and I am even luckier to call them my friends” Writes said.

The music video for “Winning Szn” features footage from riders who inspire Writes on and off the slopes. Athletes featured in the music video travel the world making their living from snowboarding by performing gravity-defying tricks. According to Writes, other snowboarders featured in the video are activists and innovators dedicated to changing carbon footprints at sporting events, exploring the backcountry, or have graced the cover of multiple snowboard magazines. Pro riders including Luke Winkelmann, 13-year-old LJ Henriquez, Zeb Powell, Maggie Leon, and Russell Winfield appear in the video for “Winning Szn”.

Miranda Writes is a New York hip-hop artist dedicated to creating impactful and purposeful music. “I am fortunate to have the support from many legends in the game” Writes said. “I started off rhyming in park jams and NYC cyphers and never looked back. I love all things New York and in my early teens I found another love, which is snowboarding.”

Writes is the first female emcee to cross over into the snowboard market. Since combining her love of hip-hop and snowboarding, Writes has received a lot of attention from fans, hip-hop artists, and the snowboard industry by making music for extreme sports. “I started making music about snowboarding in hopes of connecting with other riders, finding other riders who were like me – I am biracial, and it is a sport I hope to inspire other POC to get involved with,” Writes explained. Writes is the New York City Ambassador for Burton Snowboards, one of the world’s largest snowboarding companies. In addition, Writes is also a New York rep for The Chill Foundation (Burton Snowboards nonprofit) which allows youth to overcome their challenges through board sports.

The new “Winning Szn” single is a prelude to Writes’ upcoming EP BEEN OUTSIDE, which is slated for release in Spring 2022. “Winning Szn” is a one-of-a- kind inspirational track for anyone who wants to be their best whether it is snowboarding, creating music, or performing in their favorite sport.